A downloadable game for Windows, macOS, and Linux

In Blood is a gothic romance and lovecraftian horror visual novel with a branching narrative that comments on toxic relationships and what it means to lose yourself.

Inspired by otome games like Demonheart and Cinders, In Blood is a mature story with engaging characters and story. 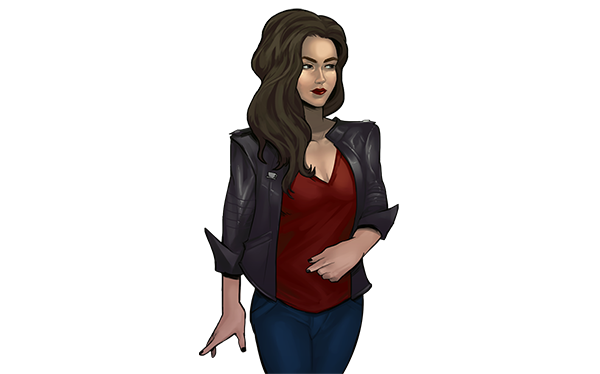 After a night of drinking Eleadora "Ellie" takes a shortcut home through the woods. She’s angry, frustrated, and sad. At the crossroads she trips and cuts her hand on some broken glass. While looking over her wounds she mutters a wish out loud that calls upon an ancient and forgotten force that changes her life forever. 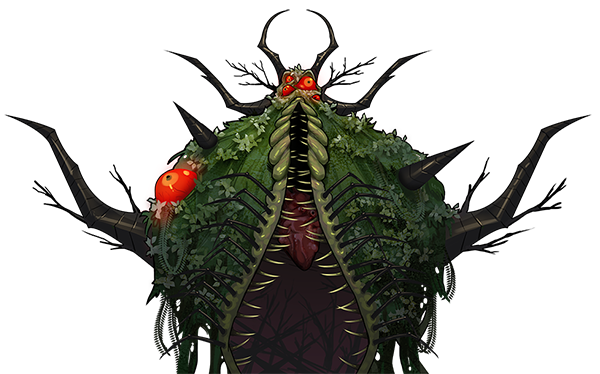 She wakes up in an unknown room, in an unknown house, on an unknown plane of existence. Surrounded by horrors and death she must attempt to find an ally among the other occupants of the house. It’s clear they don’t have her best interests in mind, and trusting them could be deadly.

Survive and try to maintain your humanity.

Escape, if you still want to.

Escape, if they’ll let you. 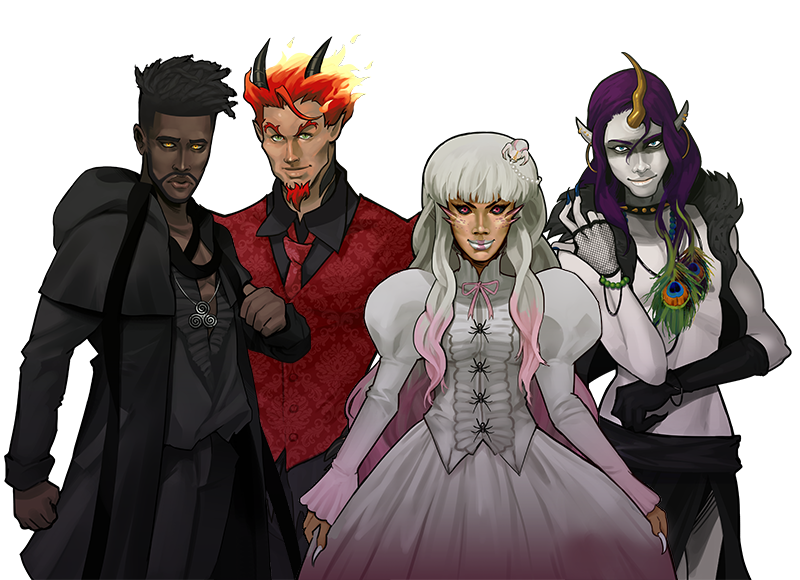 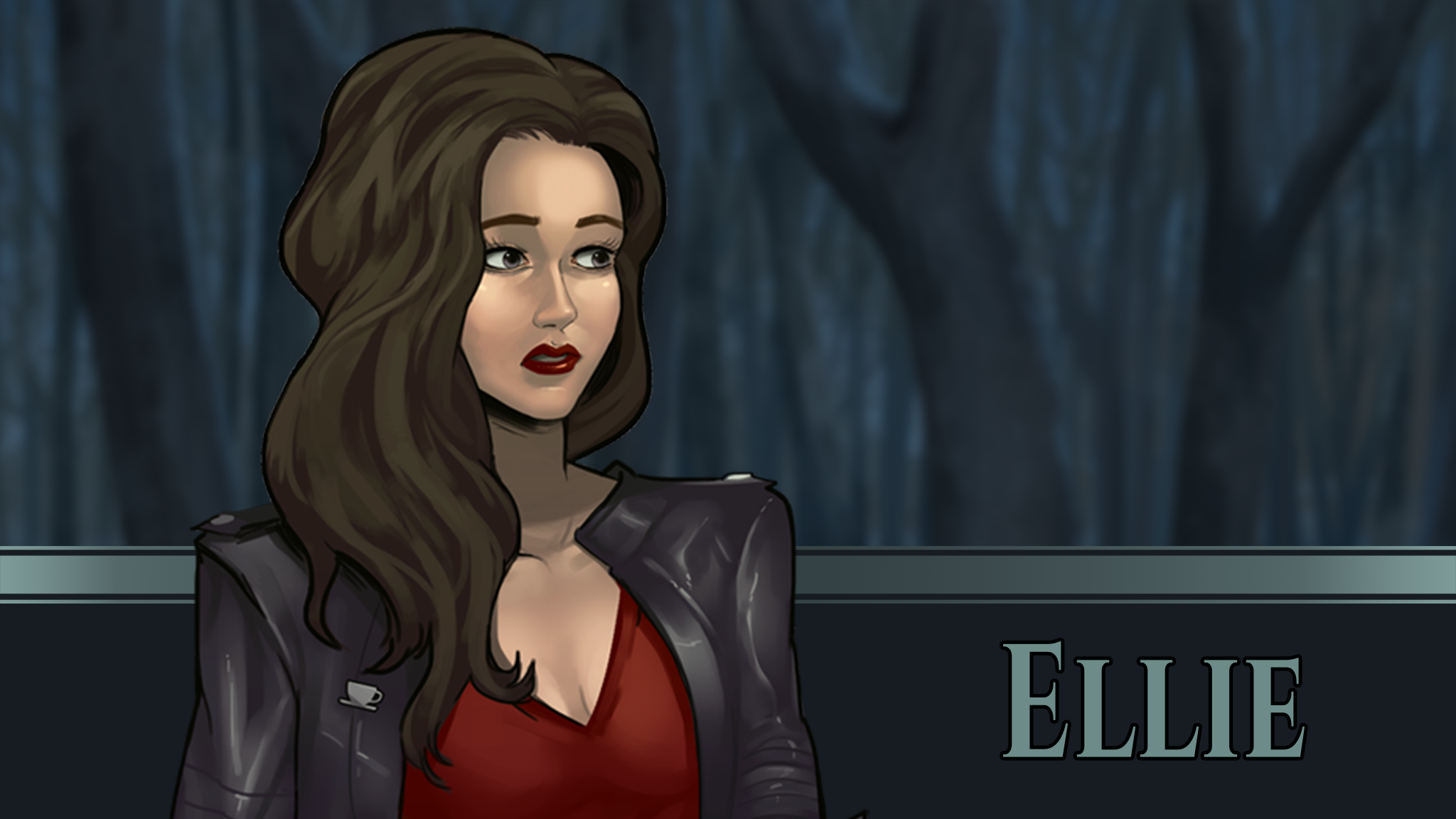 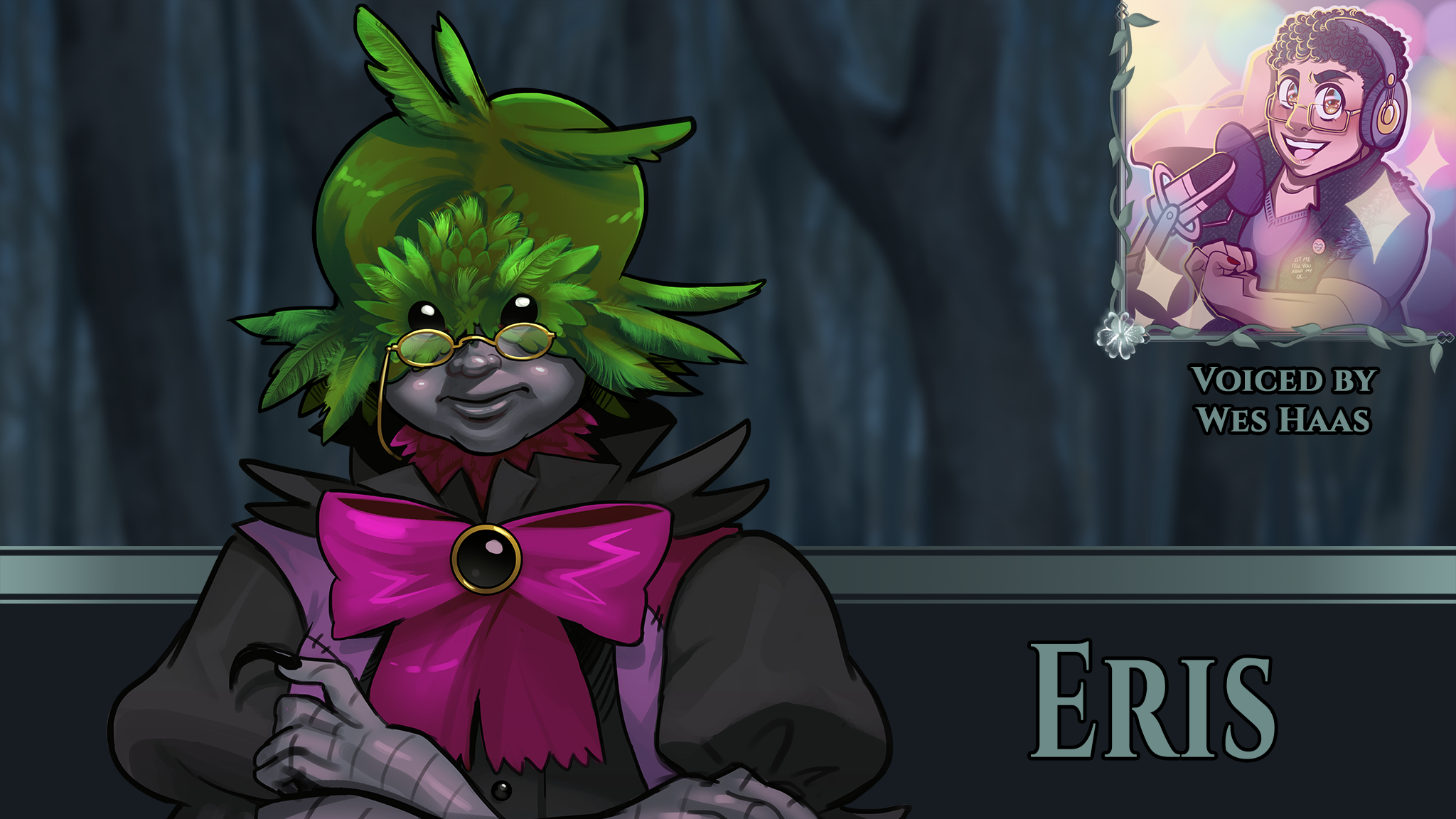 Eris is the immortal servant of Nyarbalte. Willing to keep you alive and feed you, but not much else. Do not go into their kitchen. Ever. 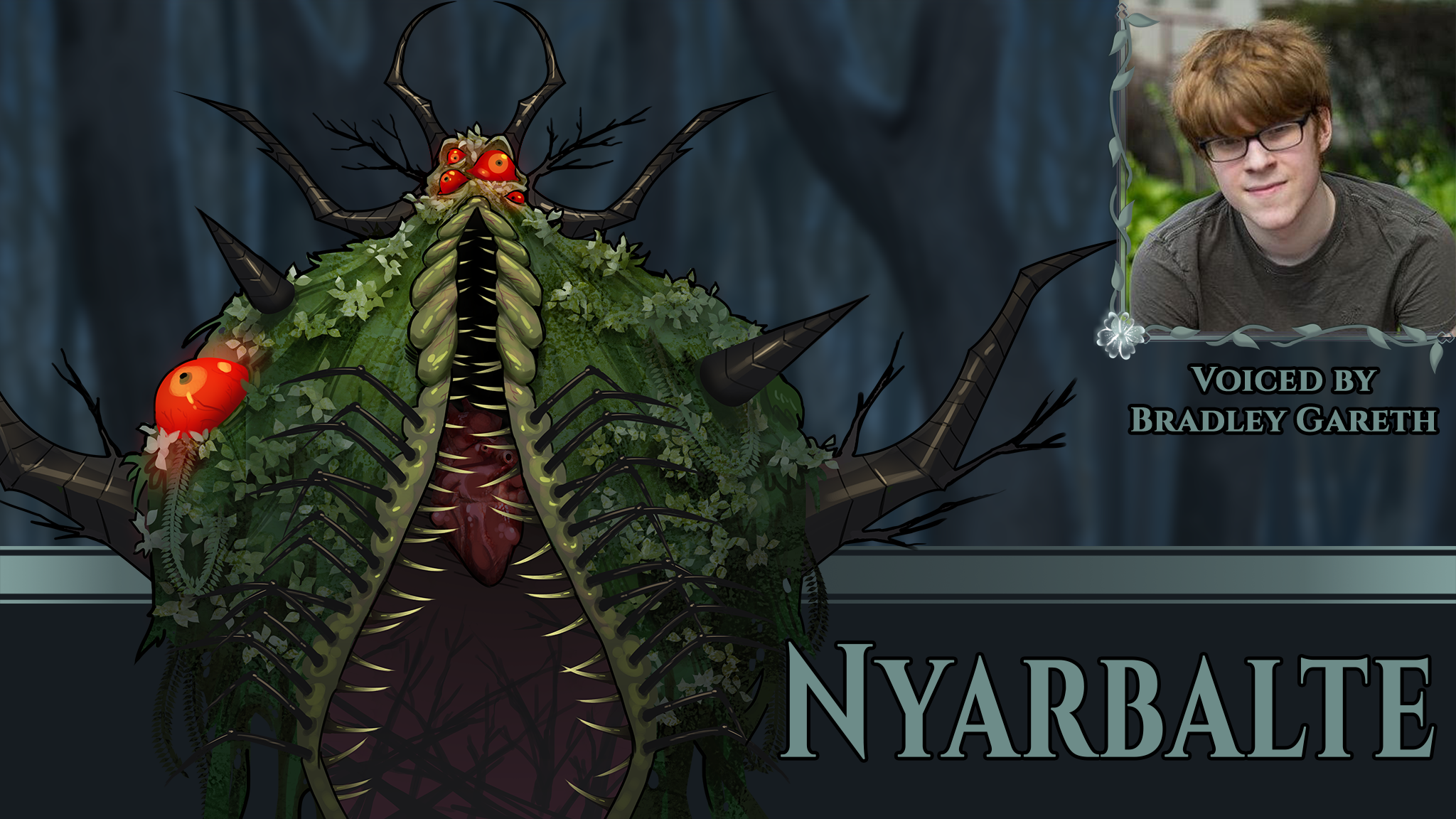 Nyarbalte is the ancient and forgotten God of the swamps. Requires blood in exchange for granting desires and can be summoned at a crossroads. 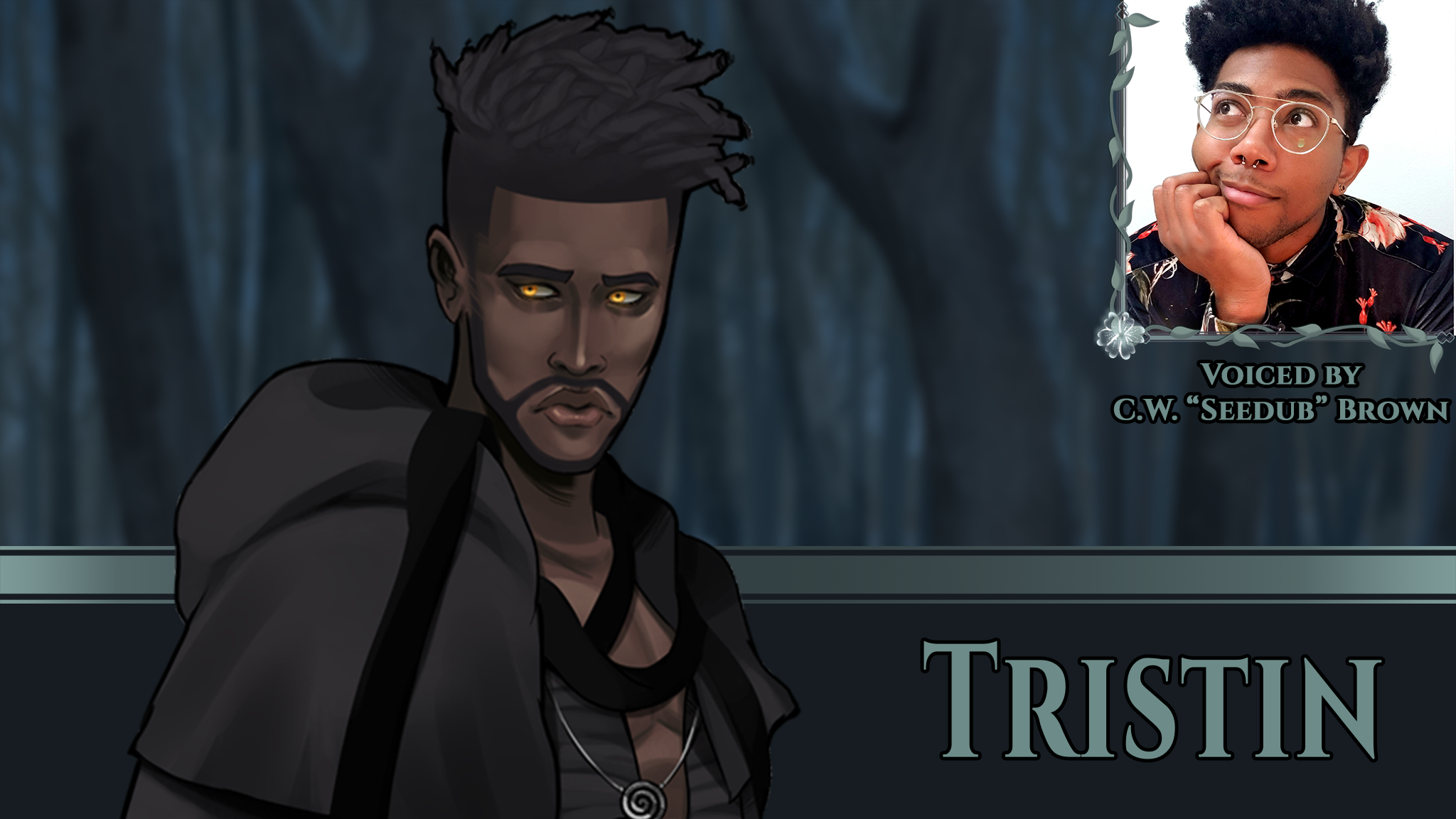 Tristin is the broody (fan favorite)  guy who claims he is human, even if that doesn't seem quite right... He wants to escape as badly as you do and could prove a powerful ally. 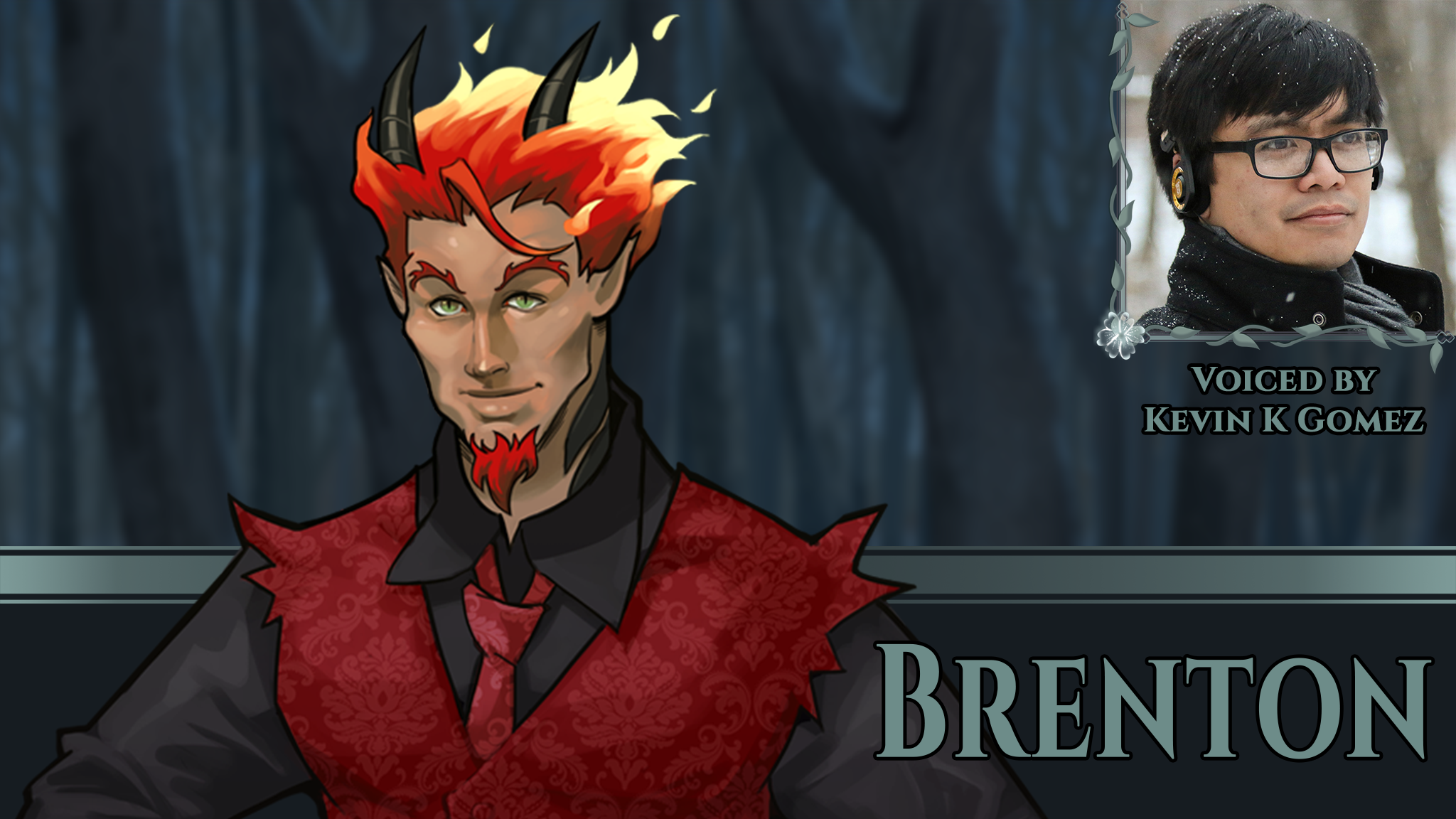 Brenton, our dragon himbo, likes to hide up in his tower and hang out among his collection of junk- er his hoard.  He'll keep you safe, and treasure you. 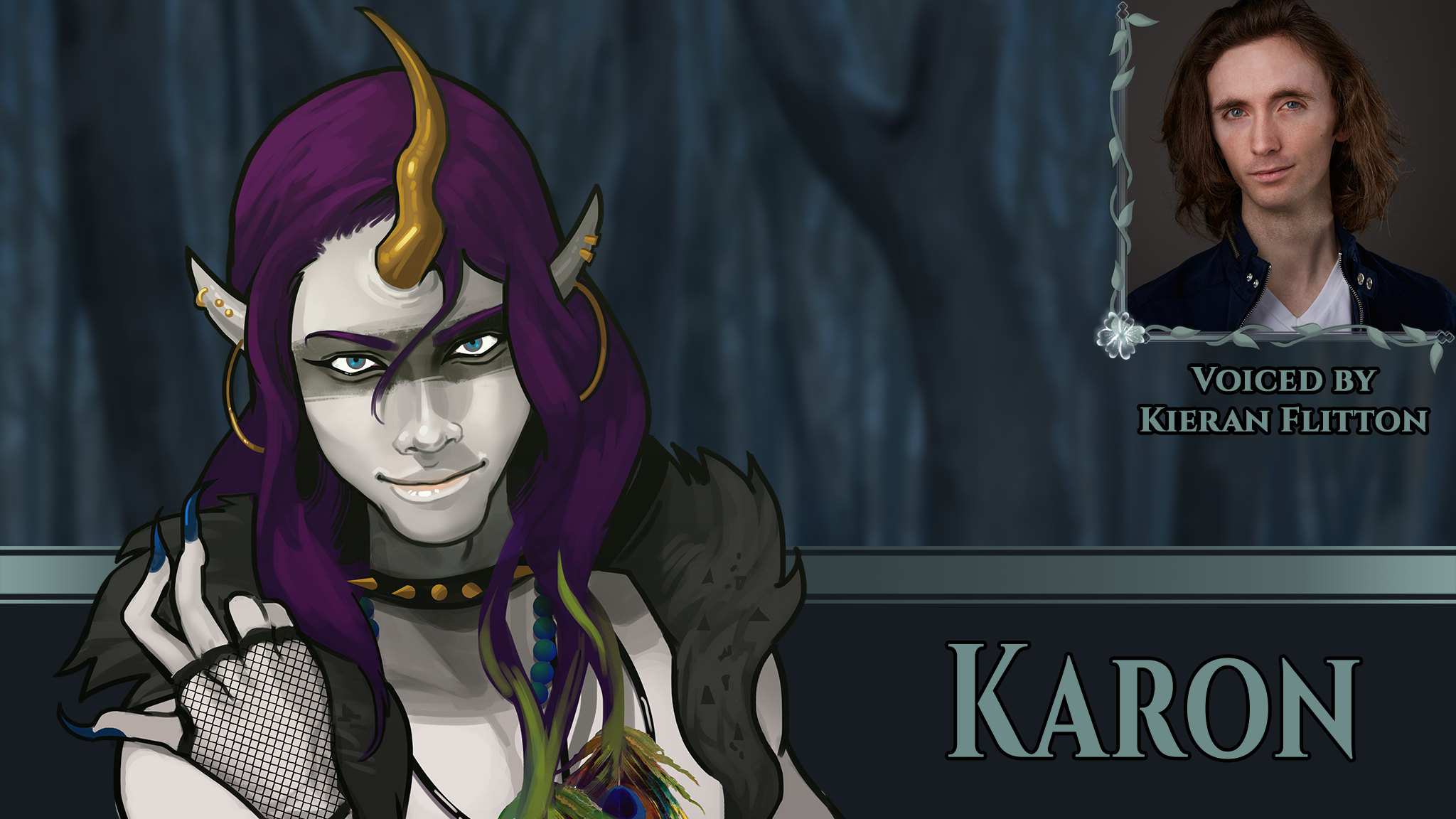 Karon is more than the guy your mother warned you about, he's the guy the entire world warns you about. Wine seems to be the way to win him over, but what happens when you do? 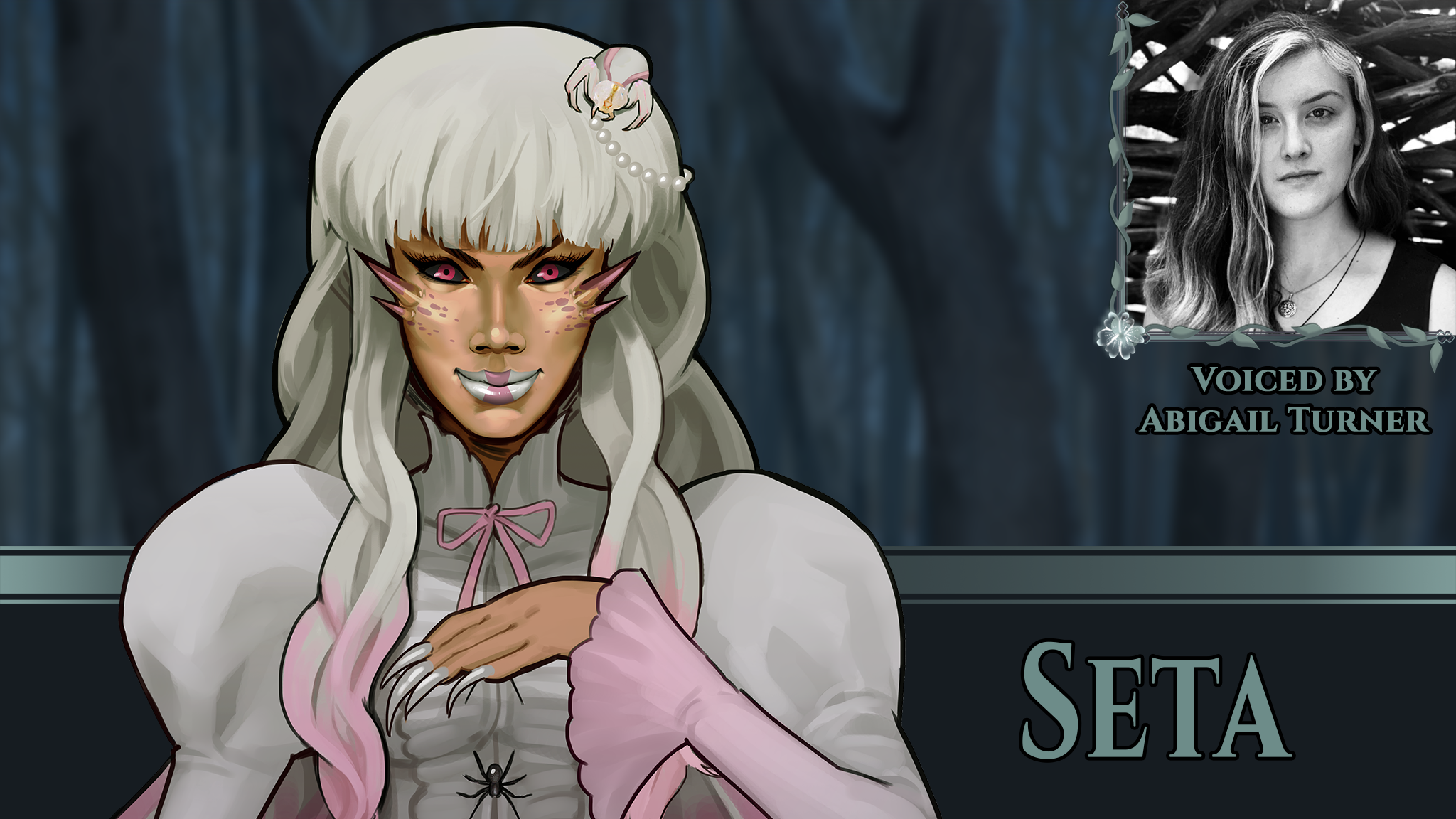 Seta is so helpful, and so friendly. Surely she doesn't have an ulterior motive... right? This spider loving girl seems to know way more than she lets on. 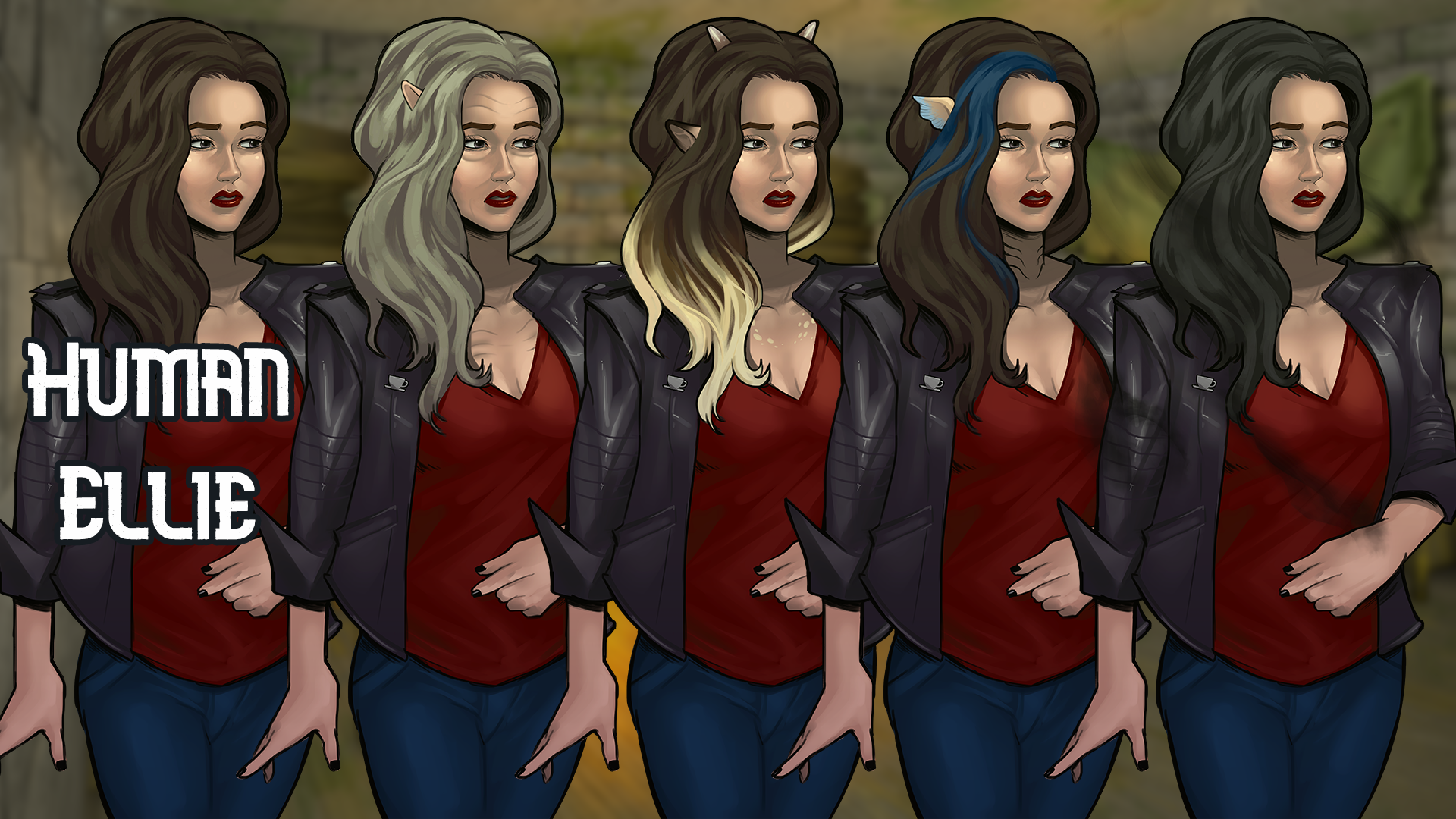 The game features a personality system that can have big consequences for your actions. If Ellie goes into any 1 extreme she will start to change, and this can even lead to a unique ending if pushed too far.

The four opposing personality traits are: selfish vs selfless and then wild vs tame. Ellie must balance these opposing forces in order to maintain her humanity.

Ellie will have partial mutations that will be a warning to the player (and Ellie!) that something might go wrong if she continues down her current path. Each mutation is inspired by creatures of folklore.

This game is intended for an adult audience and contains the following:

To view a comprehensive content warning you can go here, but beware spoilers

I loved this Demo!!!! Karon and Seta are my favorites, I have to say. Can't wait to see how the full game turns out!!!!

Thank you!! I’m glad you enjoyed it :D

I just played the demo, and I must say that I liked it! The horror elements were done in tastes and the characters are wonderful- I would also like to add the the visual design of the game is stunning, really gets you into the mood of the game. I think Tristin is my current favorite, although Brenton was cute as well. Can't wait for the whole game!

Thank you! I'm glad you liked it! We worked really hard on the atmosphere (and on Tristin who is a big fave lol) :D

Alright so I can say I totally loved the demo, as soon as I read "inspired by games like Demonheart" I was *eyes zoom in* LOL. Tho I wanted to ask, since the relationships are on the toxic side, can we expect any happy endings with the ROs or not? I want to donate on kickstarter, but if there will be no happy-ish endings with the ROs (like Brash on DH1 is perfectly fine, or the endings of DH:H too) then I don't think I will.

If you don't want to answer to avoid spoilers that's perfectly fine! I am just a sucker of happy endings and get depressed if there aren't any lol.

Also, let me add: kudos to the voice actors! Usually I am not a super fan of it, but the ones working on this game are *chef kiss*

There are endings where they end up together at the end, and I’m working hard to make them way more satisfying and fleshed out than my previous games (a common feedback I was getting). I can’t give too much away because spoilers, and it’s still in the draft phase where things can drastically change :D

I guess you got yourself another pledge on kickstarter lmao

That's wonderful, thank you so much :D

I loved the demo. The characters are great and the voice acting is perfect. Very much looking forward to the full game! I think Brenton is my favorite. Who doesn't enjoy an awkward dragon boy? :p

I'm glad you're looking forward to the game! <3

I love the story. It's very interesting. The setting just adds to the dark, dreary atmosphere. 🧐

The characters are unique and mysterious. I wonder if Ellie can trust them. I think Brenton and Tristin are harmless, but Seta and Karon seem suspicious. 😅

I'm so happy you're enjoying it!

Oh my goodness, I've been following this since it was announced and the demo is so good! I am intrigued by all of the characters and the setting (though Tristin is baby!)! The VA is perfect and the art and writing are A+! Look forward to the full game, but wow this demo is great!

Thank you so much! We're working really hard on the game so I'm really glad people are loving the demo so far. Also, awesome icon!

Thanks for the demo ! I'll keep my eye out for the full version, count me in for a purchase.

I'm happy you enjoyed it!

oh my gosh the forest scene in the intro is so spooky I love it and Nyarbalte's voice is amazing! so far Brenton and Eris are my favs <3 looking forward to more!!

I'm so glad you're enjoying it!

The voice acting in this is phenomenal! It is clear there has been a lot of work put into this. The characters are all equally well written, the sprites are great and the story pulled me in quickly. So far my favorites are Tristan, Eris and Seta.

I look forward to the full game! :)

Thank you so much! I'm so glad you enjoyed the demo :D

I wish I did! I have the Draft of Tristin's route completed, and after I finish the writing we'll need to do edits and audio stuff. There will be a Kickstarter in July, and if I had to take a rough guess at a release date I'd say Oct 2021, but that will likely change depending on how long everything takes and if the KS is successful. Don't worry too much I write fast lol :D

I am so excited for this.

It is currently in development and there is nothing to download yet, I'm hoping to have a playable demo in a few months!

This looks really good; can't wait to play it!!

Thanks! I'm really excited to work on it

Thank you! I'm working hard on it

Hopefully it'll be worth the wait for you!

I am already intrigued!

I'm glad to hear it! 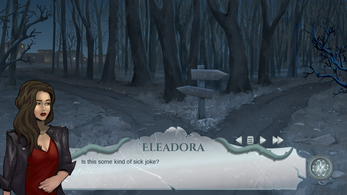 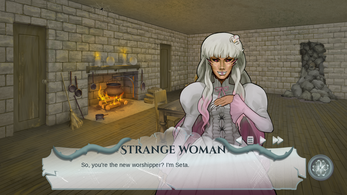 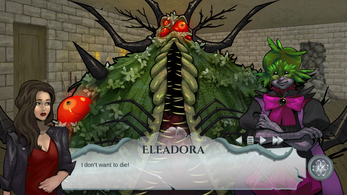 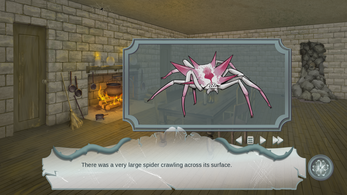 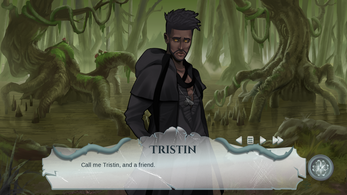 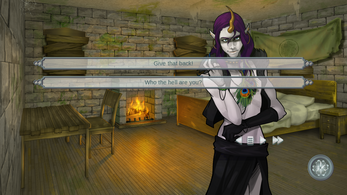 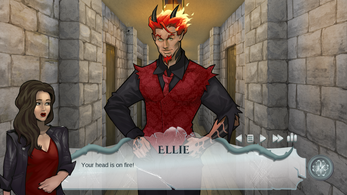 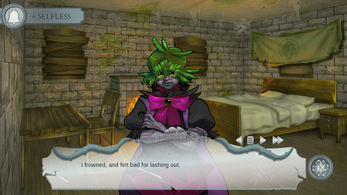 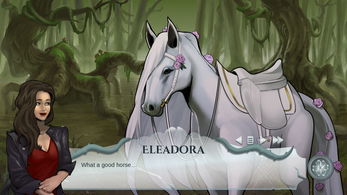 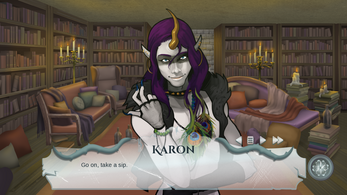 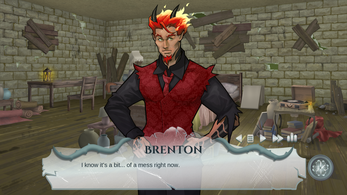 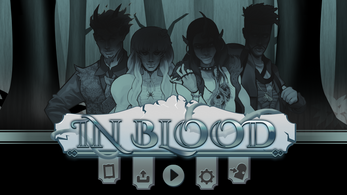 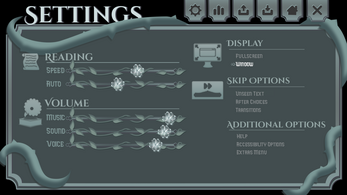 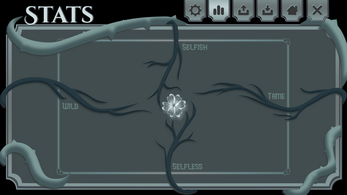